Since  we ALL are huge LEGO® fans and Cliff is a huge Star Wars™ fan, we knew this LEGO® Star Wars™ set and series would be fun for the whole family.  Check out our LEGO® day – including LEGO® Star Wars™ fun, LEGO® brick snacks, and making LEGO® sensory bottles… 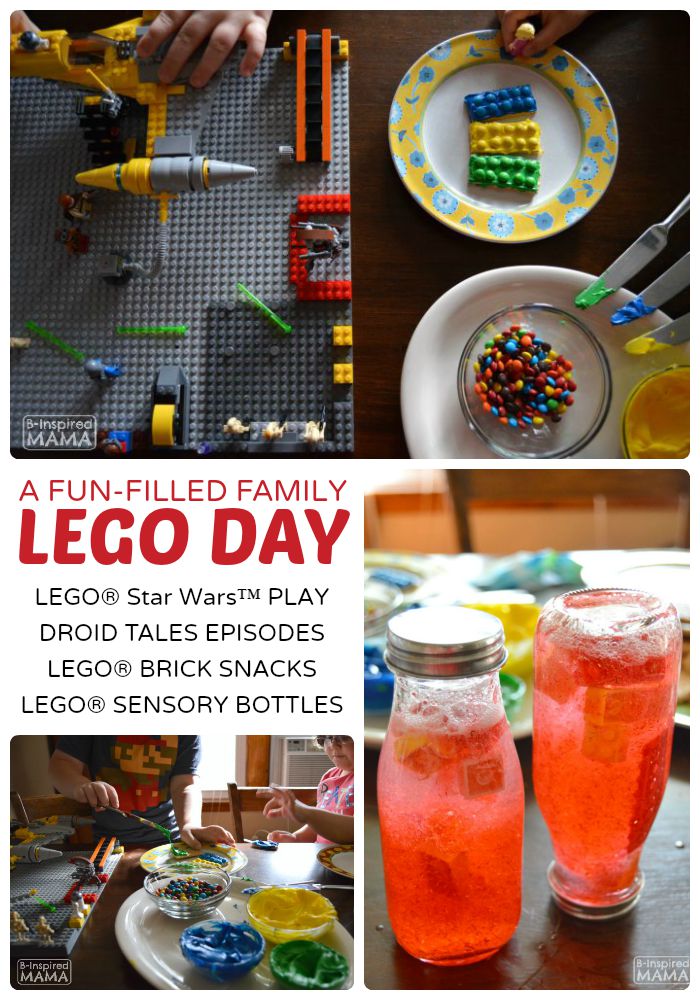 The LEGO® Star Wars™ construction sets and new Droid Tales series are a fun way to introduce the kids (and me!) to the Star Wars™ saga that Cliff already loves.  The sets and episodes break the long and sometimes overwhelming Star Wars™ universe into bite-sized Star Wars™ fun for us Star Wars™-newbies. 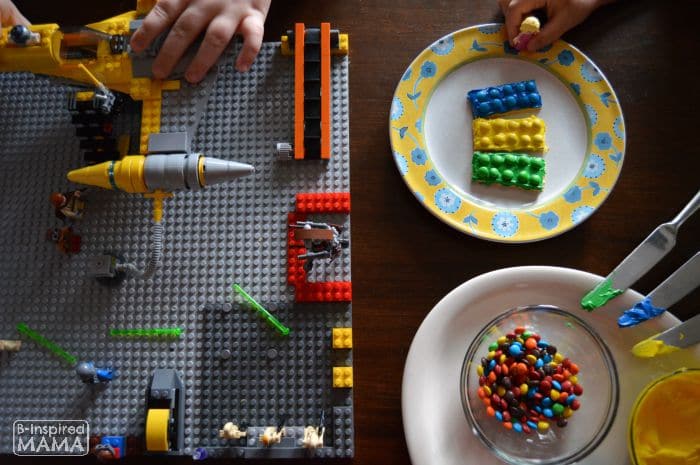 And since LEGO® Star Wars™ puts a humorous spin on the Star Wars™ universe – with specials like Yoda Chronicles, Padawan Menace, and the funny Droid Tales series – old-school fans like Cliff can enjoy it all over again!

While we constructed our LEGO® Star Wars™ set, we made some yummy (and super easy to make) LEGO® Brick Snacks.

I added some food coloring 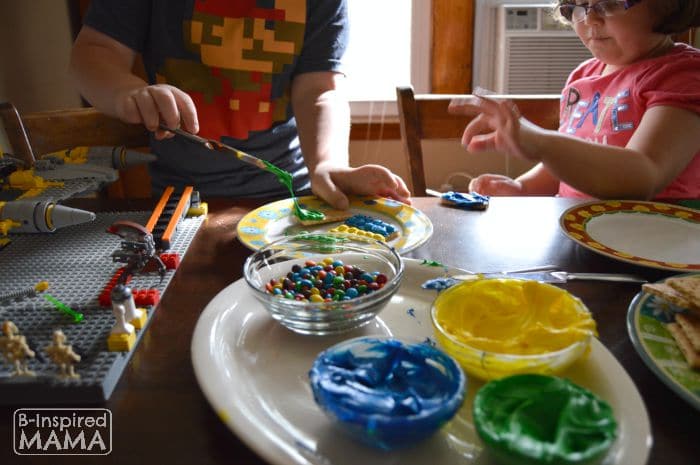 Then we spread the frosting on some graham crackers

of the same color to make delicious LEGO® Bricks. 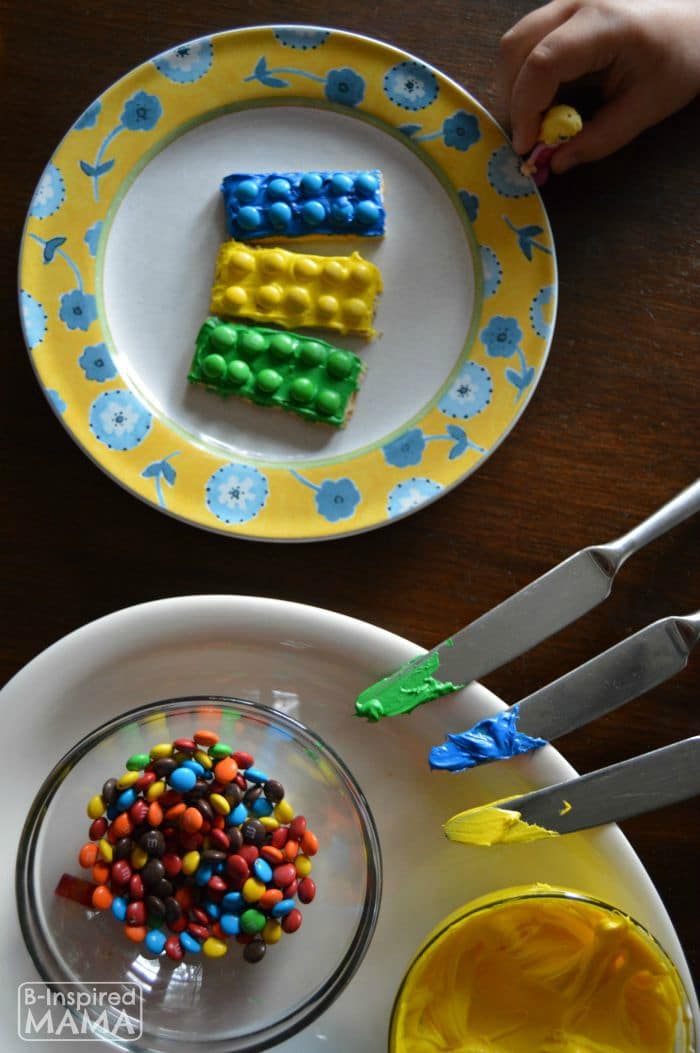 After our play and snack, we used this tutorial from Lemon Lime Adventures to make some LEGO® Brick Sensory Bottles.

These were also super easy to make; aside from convincing Sawyer to part with some LEGO® bricks 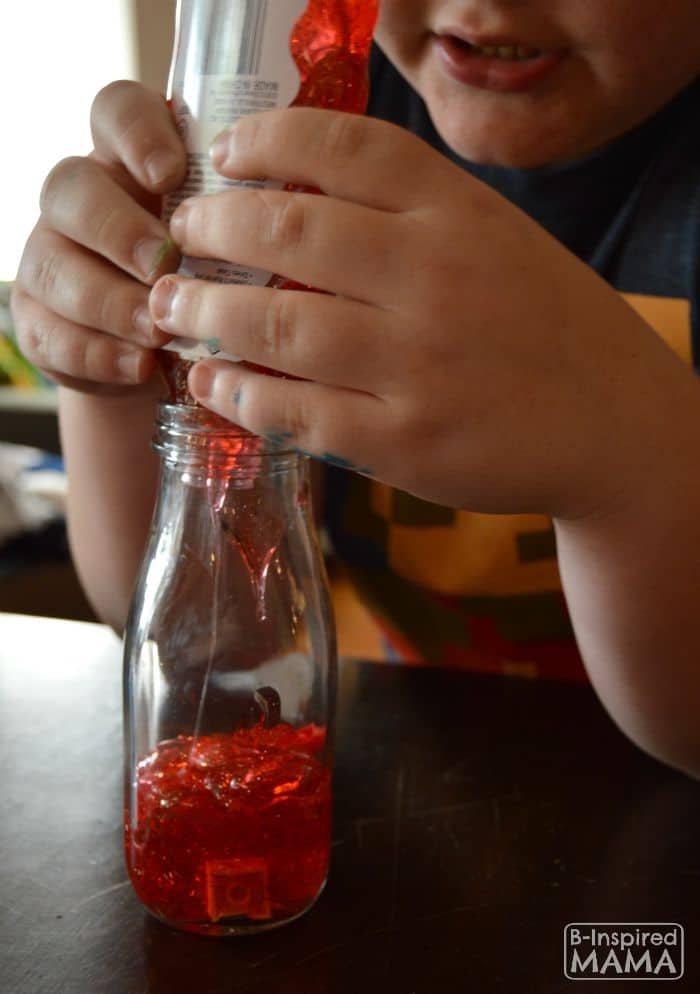 And they’re great for my sensory kids (or any kid!) to hold and calm themselves while they snuggle or watch TV (like while they watch the new Droid Tales series!). 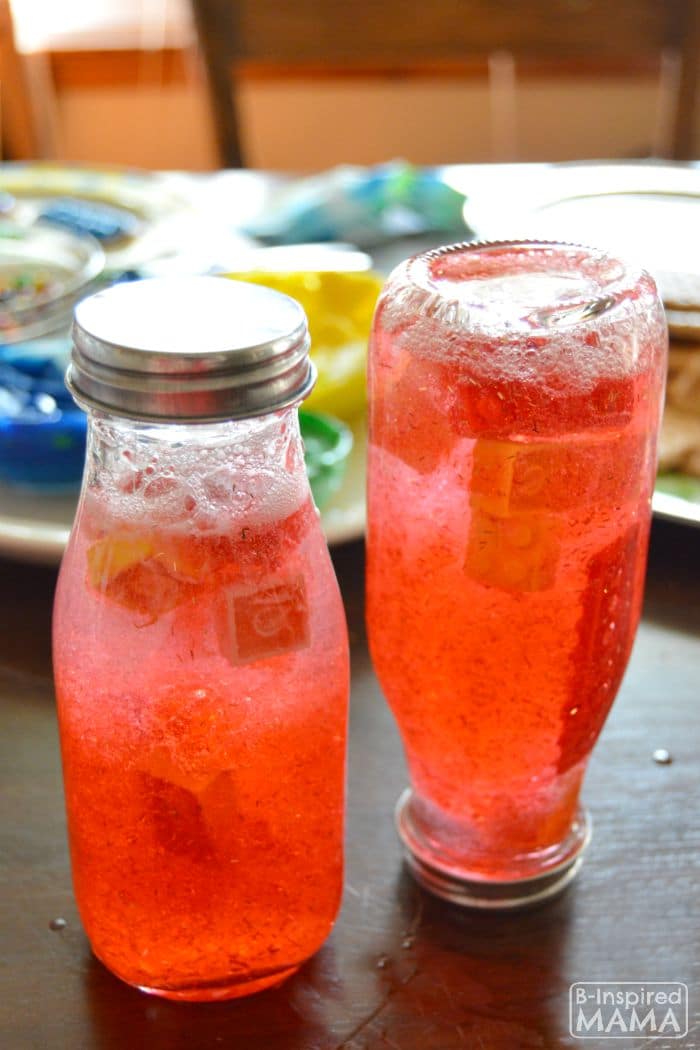 Start catching up on the entire Star Wars™ saga today with LEGO® Star Wars™ construction sets and the new Droid Tales series. Click here to start building the universe, and tune in to Disney XD for new Droid Tales episodes as the perfect way for families to learn or relive the saga before the new film comes out later this year.

Are your kids LEGO® fans?  How about Star Wars™ fans?  Do you think they’d love a LEGO® Day like my kids did?  Join the conversation in the comments below!

I was selected for this opportunity as a member of Clever Girls and the content and opinions expressed here are all my own.

Previous Post: « Mama Reads Monday – Motherhood Ruins You and MORE!
Next Post: A Homeopathic Treatment for Kids Bumps and Bruises »