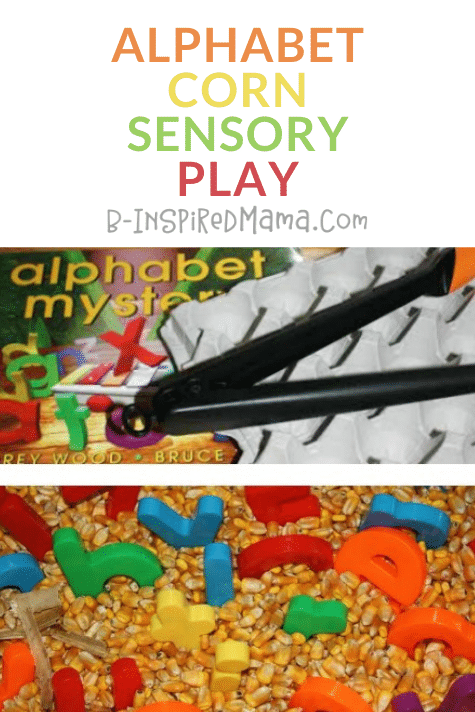 We love reading books. Hands down, books win out over cars and trucks, painting, LEGOs and just about everything else. We read books multiple times a day and for long periods of time too.

are a fun way to work letter learning into something we already enjoy doing together: reading. Lately, I have started setting out an activity, like a sensory bin, with a theme from the book. Using the alphabet book and the sensory bin together, my son can really get some great hands-on letter learning while playing! I usually incorporate a structured book activity and a more open-ended option for just playing with the sensory bin afterward.

Learning through sensory play is wonderful for my little guy!

Since this is a brand new bag of dried corn

, I decided to test it out with our new alphabet book, Alphabet Mystery: Oh no! A letter goes missing! 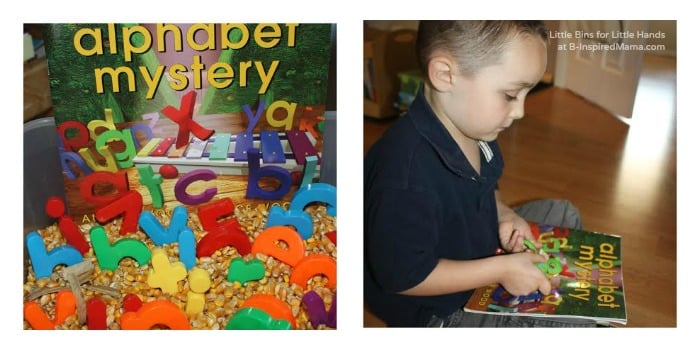 To make the alphabet corn sensory bin, I simply gathered our letter magnets

. This particular book used the lower case or little letters as the primary letters so I used our lower case magnets instead (except I had three go missing so we improvised). You could also use simple paper cut-outs

(laminated or not), scrabble tiles

I filled a plastic storage bin

with corn, mixed in the letters, and added some kid-friendly tongs

Additionally, I added an egg crate from our wholesale food store purchase of eggs that the letters can be sorted into. 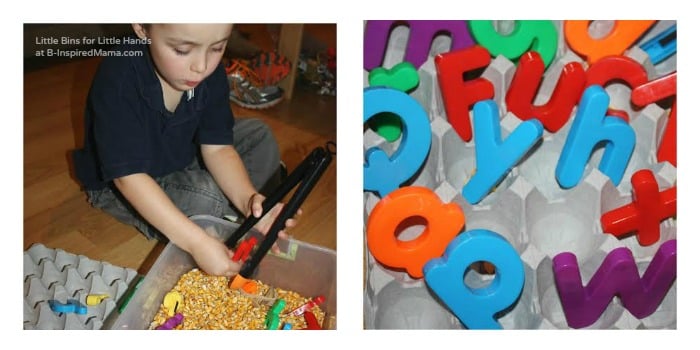 The activity for this alphabet book and corn sensory bin was to first read the book together and then tong all the letters into the egg crate.

Of course, he announced each letter as he found them.

Since he is still working on his little letters, I opened up the book to a page that showed the big and little letters next to each other in alphabetical order. This way he could match the letter and figure it out himself.

This alphabet book talks about the missing letter ‘x’. I decided to grab a different letter when he wasn’t looking, the letter ‘t’. I hid it for later to give him clues since the letters in the book go on a search for their friend. 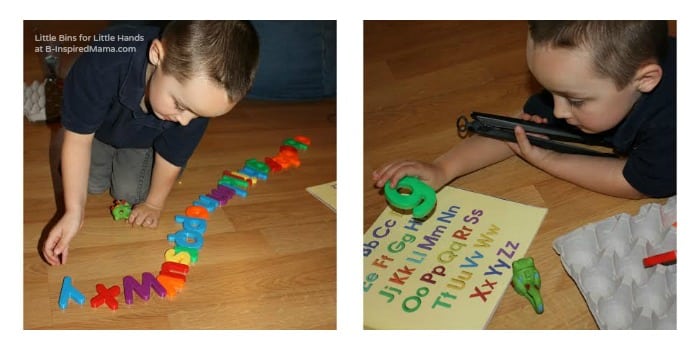 Once the removal of the letters from the corn sensory bin was complete, he needed to put them in order to figure out who was missing. It was cute the way he kept making guesses and then finding the letter he thought he couldn’t find.

Again, we used the page in the book if he was having trouble remembering what a particular little letter looked like. He put the letters all in order and began reciting the ABC song.

It took a few tries for him to slow down and realize the missing letter. He would stumble over it each time and I knew he didn’t see it, but he didn’t put it all together at first! 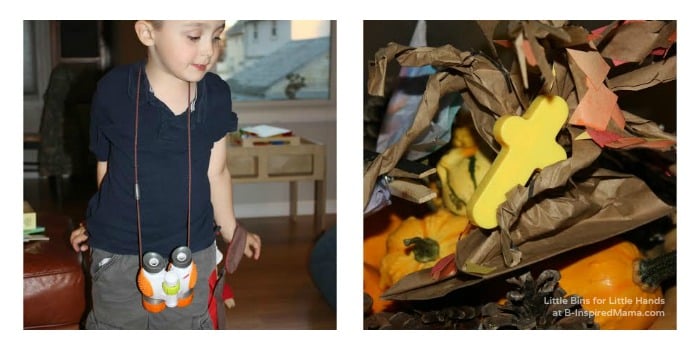 He decided he needed to pack his backpack

Again, we went through the process of determining which letter was missing and I gave him clues of where to find it. We read the alphabet book

again and returned the activity to the alphabet corn sensory bin for another day! 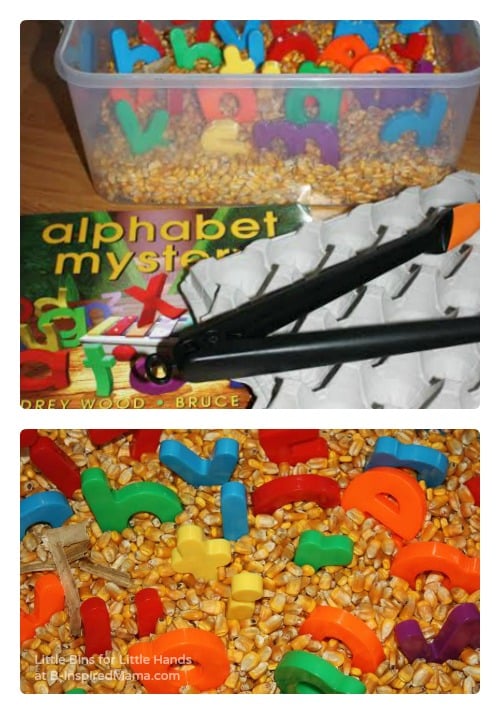 6.9K shares
Previous Post: « 13 Fun but Easy Fall and Thanksgiving Crafts for Kids
Next Post: 10 Tips for Teaching Kids Gratitude – Even Beyond Thanksgiving! »