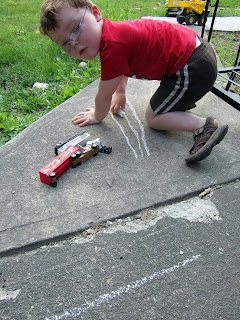 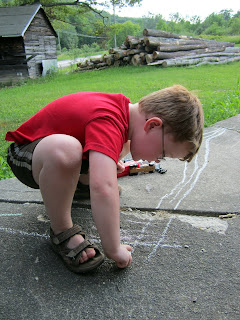 We’ve been trying to spend as much time outside as possible before it get too hot for this mama!  I put out some sidewalk chalk for the kiddos and watched them explore.  Sawyer was so excited when he came up with the idea to draw a roadway for his endless assortment of cars and trucks. 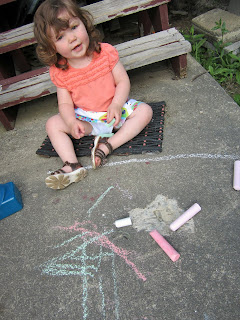 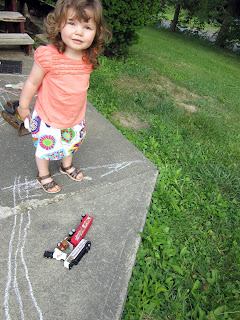 He got pretty frustrated with his sister trying to “help” by scribbling near his road.  So he thought quick and drew a distinct line for her NOT to cross!  This totally cracked me up!  But it actually wasn’t a bad idea.  Until Sis crossed it (above). 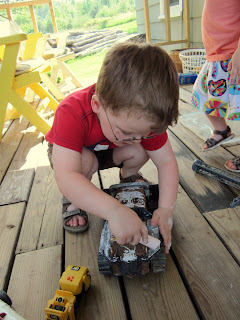 Then Sawyer decided that one of his dad’s old rusty Tonka construction machines could use a paint job.  The sidewalk chalk covered that rust quite nicely.  He was pleased!
Pleased to be linking to Made by Little Hands Mondays.
What have you been doing outside this summer?