This post was contributed by Dyan of And Next Comes L.

My four year old, J, loves to play with the letters from our recycled alphabet and number busy box and lately we have been using it for some fun second language learning.  In this case: learning French.  He can already speak, read, and spell about a dozen different French words.  We don’t speak French in our house, but we have been introducing it to both of our boys through books and some French children’s shows since they were babies.  We also plan on sending them to French immersion when they are school age so it’s nice get a jump start on their second language learning before then. 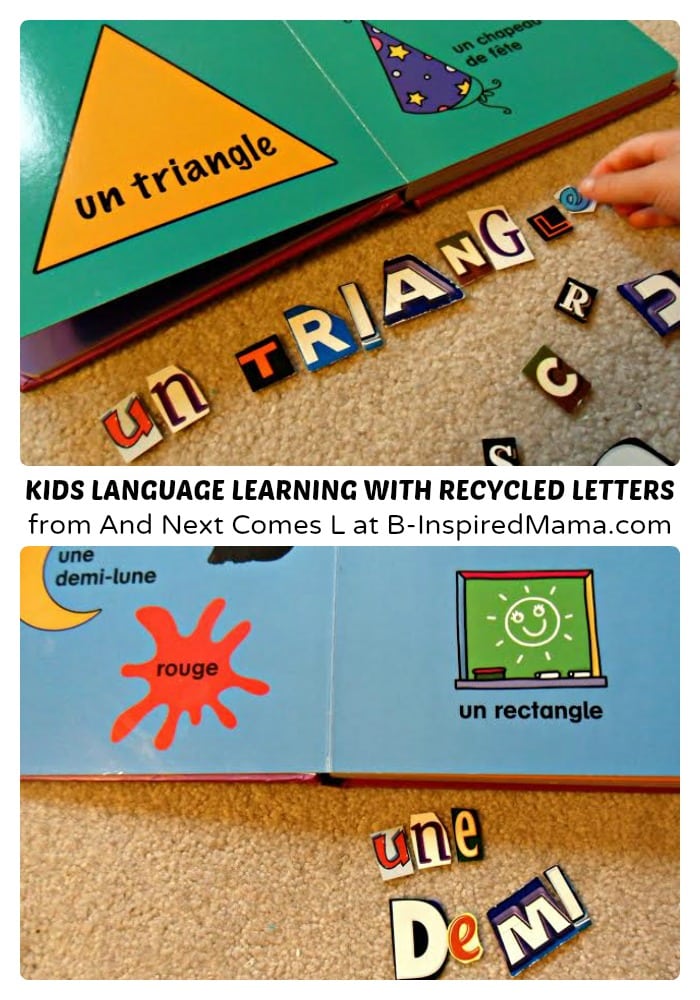 To take a more hands-on approach to learning a second language, we often use one of our French board books paired with our recycled letters to practice forming and spelling French words together.  As we read the book together, J will point to a word that he wants to practice.  He will then try to pronounce it and start spelling it using his recycled letters.  I will help him with his French pronunciation (to the best of my ability, which isn’t all that great, by the way) when needed. 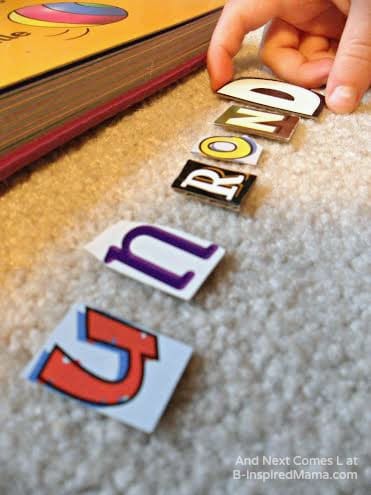 One day he’ll be surpassing my French ability and having fluent French conversations with his uncles who live in Quebec, but in the meantime, I can thankfully understand that when he asks for a “pomme,” he’s wanting an apple.

Married to her high school sweetheart, Dyan is a stay at home mom to two boys, J and K, who also teaches piano part time out of her home.  She began her blog “And Next Comes L” in March 2013 after some mom friends encouraged her to share her creative ideas.  You can read more about how her blog came to be here.  She loves to dabble in all things creative and crafty, but particularly enjoys making homemade toys and quiet books for her kids.

I’ve been collecting recycled letters forever, and now I know just what we’ll do with them all!  Thanks so much for the inspiration, Dyan!