This post was contributed by Felicia of Princess and The Rock. 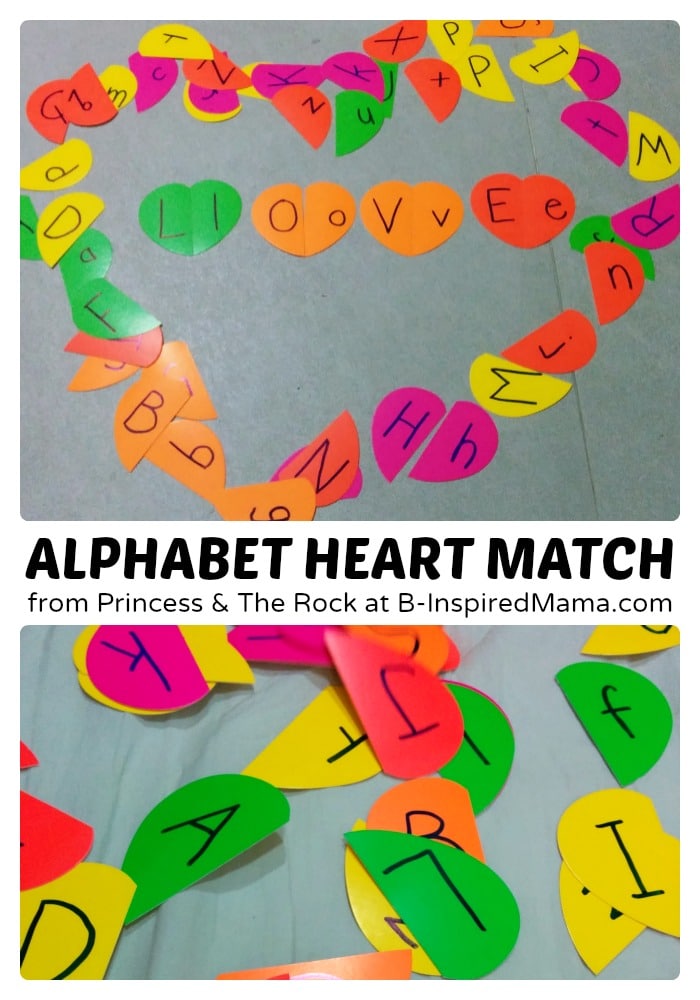 It was too challenging for The Rock, so I separated the whole lot into stacks of different colors and worked with one stack at a time, which made it much more manageable for him. 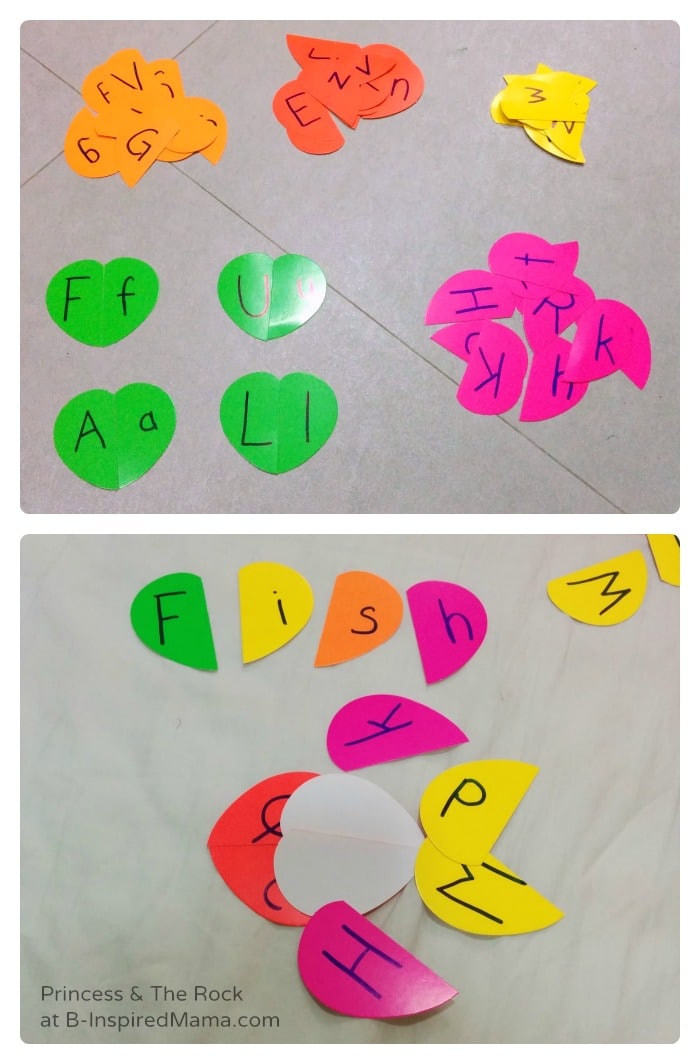 Princess wanted to join in the fun, but matching the uppercase letters to the lowercase letters was too easy for her, so I asked her to try to make words with the letters. Of course the letters used to form the words were of a mixture of both uppercase and lowercase.  After that, the ever creative Princess decided to form a fish out of the kids alphabet hearts.  I thought that was a really neat idea and we did a few more rounds of that as it was very enjoyable for us!

What I set out to do with the Rock turned out to be more than I planned for, so always leave room for your child’s creativity and imagination!

Felicia, a stay-at-home mother of two, is aspiring to be their greatest teacher. She occasionally dreams to be a fashionista in her too big maternity T-shirt and shorts while she indulges in some jewelry designing and crafting. Her two children, the Princess and the Rock are her main inspirations for her blog. Princess and The Rock aims to detail some of her thoughts and learning on being the parent of Princess and the Rock and her homeschooling journey with them.