We Had Fun with Snow Painting – Indoors!

Of course, you could easily do some snow painting outside. But my son (2.5yrs) is *very* reluctant to go outside at the moment, and shows no interest in actually touching the snow. It’s a bit of a shame really, so I decided to bring the snow to him. 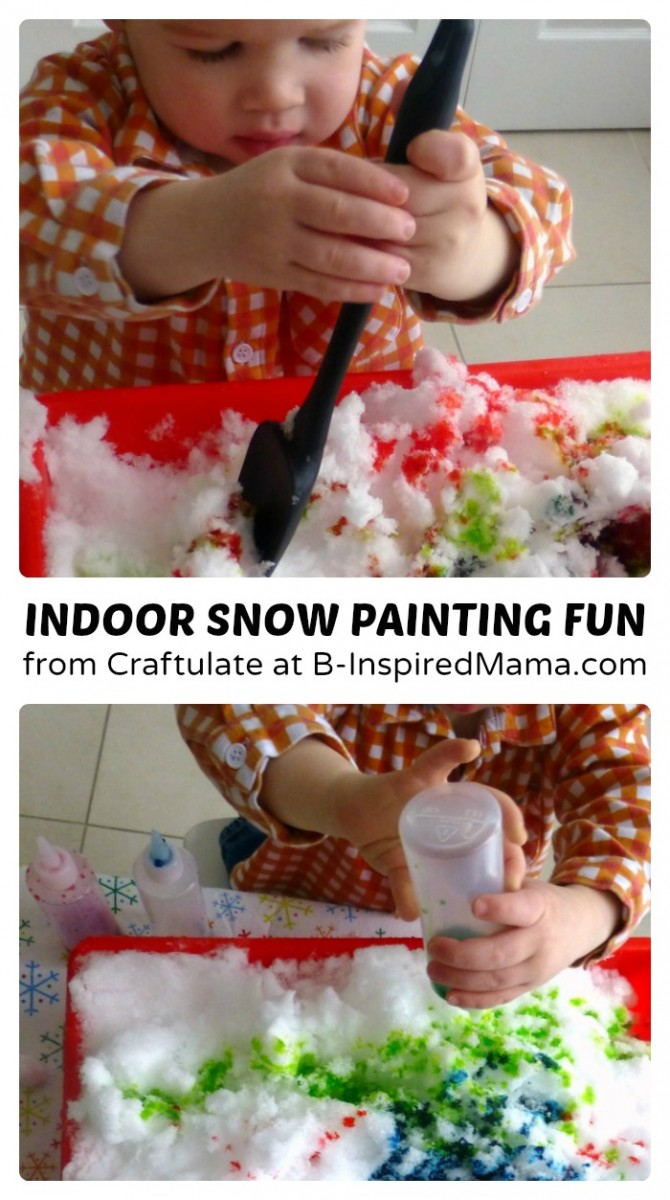 I asked my husband to fill a container with snow and like a true bloggers’ husband, he treated this as a perfectly normal request. The snow was lovely and soft as it had only just fallen. 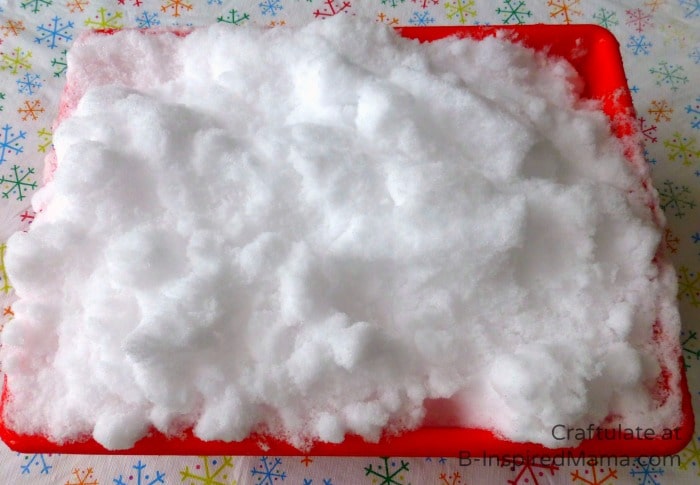 I filled three small squirt bottles with a few drops of food dye and some water. F got on with painting the snow! 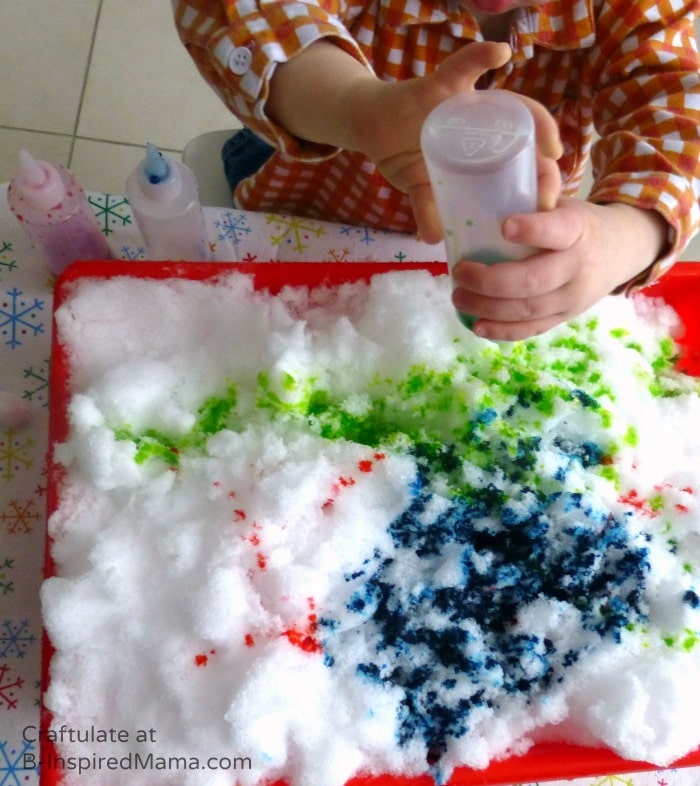 It looks SO pretty!  After F had added all the paint, he asked for a spoon to stir it all around. 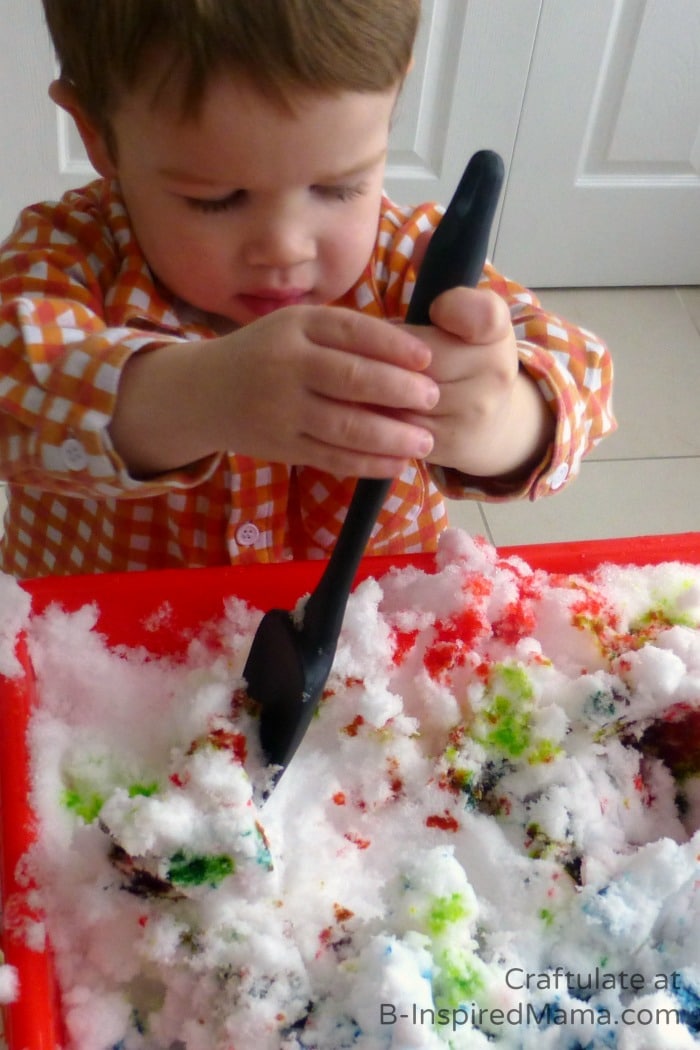 While he did that I made a multi-color snowball!! 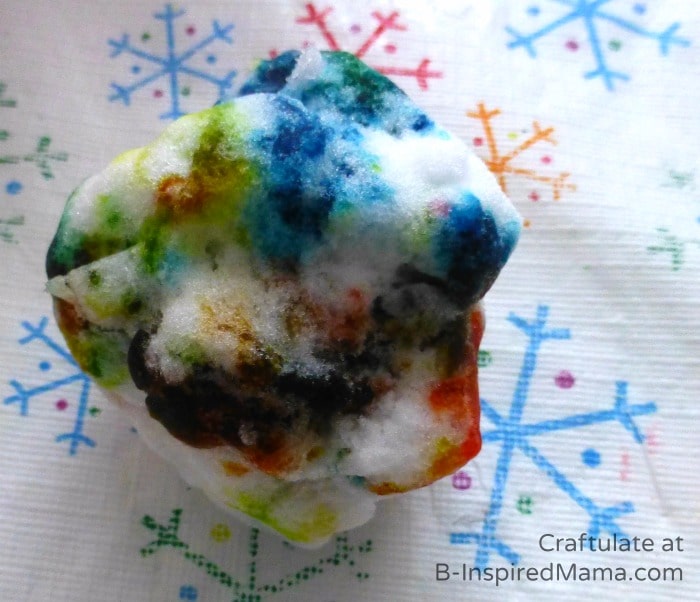 The snow got nice and mixed up! 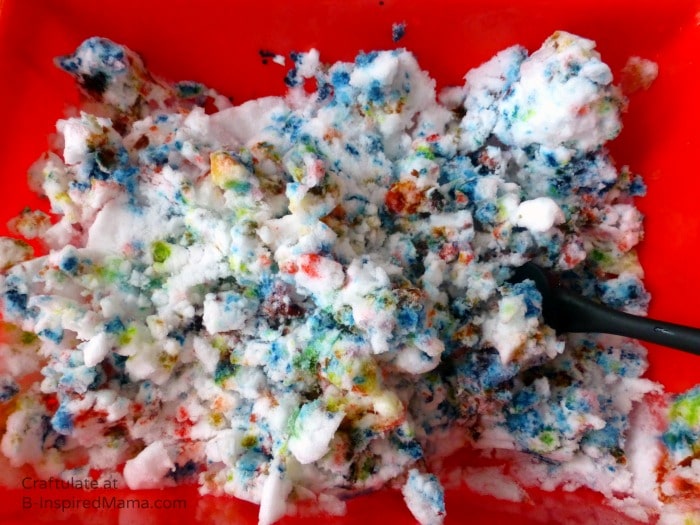 Just when I thought F had had enough, he ran off to get two of his construction vehicles. He scooped the snow and placed it into the dump truck. At this point he really couldn’t avoid touching it, remarking (somewhat unsurprisingly) that it was cold! The snow got darker and darker as the color intensified. We also made towers. 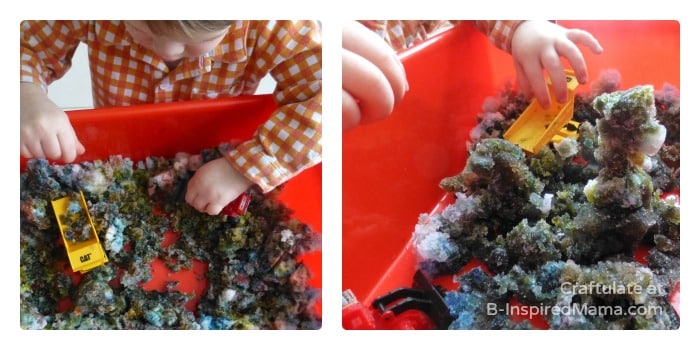 I’m glad I had this opportunity to get him a little bit more familiar with snow; I am sure that it will have really helped. Plus we had a great sensory experience during our snow painting, too!

Georgina is the founder and editor of Craftulate, writing about crafts and activities suitable for toddlers and young children. She also loves papercraft, sewing, and cooking. 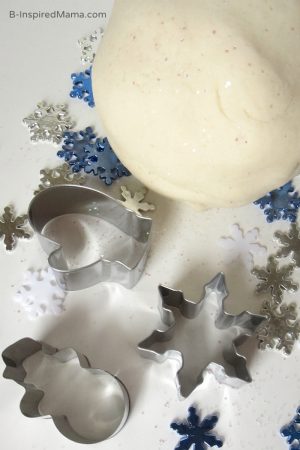 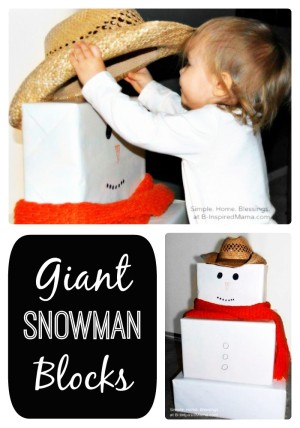