This post was contributed by Mary Catherine of Fun-A-Day! 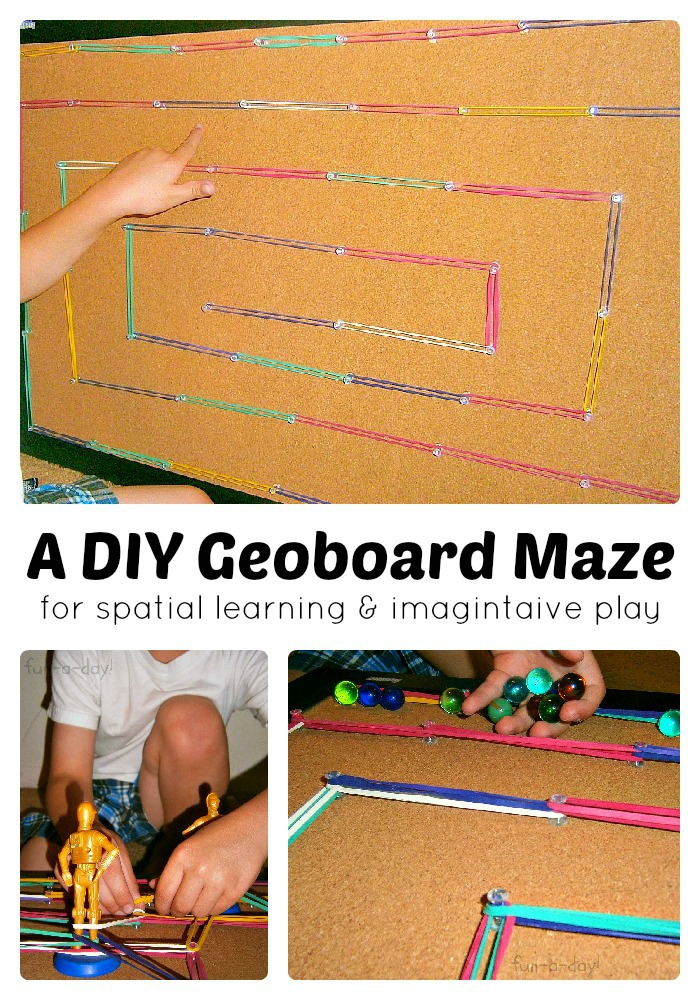 One of my favorite activities in my preschool class this year was making a homemade geoboard (which was inspired by Hands On as We Grow’s “Push Pin Geoboard.”)  Given my son’s penchant for spatial thinking, and his love of mazes, I suggested to him that we make a geoboard maze for his marbles. 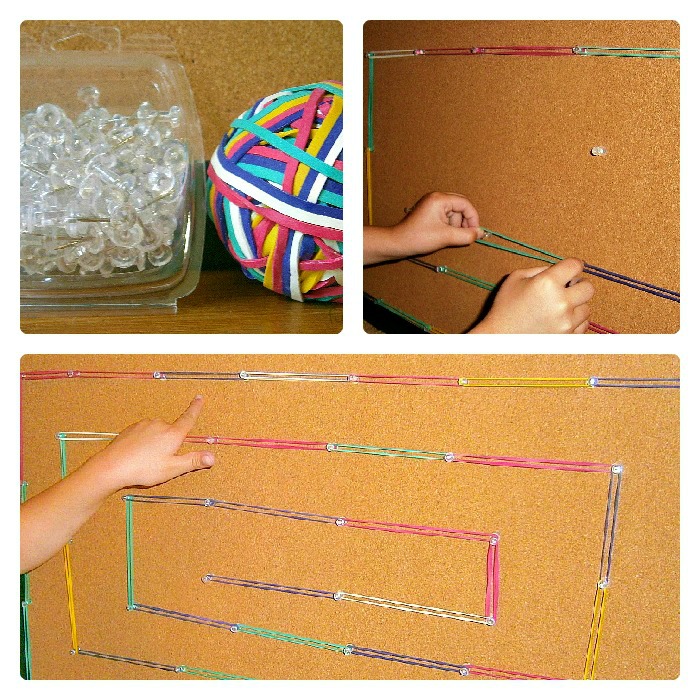 How we made our geoboard maze:

How we used our maze:

I absolutely loved how Engineer took charge of this activity!  He designed the geoboard maze, expanded on my concept, and came up with some great pretend play to go along with it.

Mary Catherine is mama to a budding engineer whose favorite question is “why?”   She is a pre-k teacher with a background in teaching kindergarten and a passion for early literacy.  Mary Catherine loves lazy days with her son, messy art projects, science fiction books, and dark chocolate.  You can find her blogging at Fun-A-Day!  Come connect with Mary Catherine on Facebook, Twitter, or Pinterest.

I love how this DIY Geoboard Maze combines spatial learning and lots of fun, too. It’s funny; I can totally see my son using those rubber bands the same way, too! Thanks, Mary Catherine!