This post was contributed by Felicia of Princess and The Rock.

We recently borrowed Lemonade in Winter from the library and found it great inspiration for some fun Preschool activities. The story was about the entrepreneurial attempt by a girl Pauline, and her brother John-John. They set up a lemonade stand in winter to sell lemonade. The story weaved in a few themes that were new to Princess and The Rock, like the money terms used, counting money and the winter season. 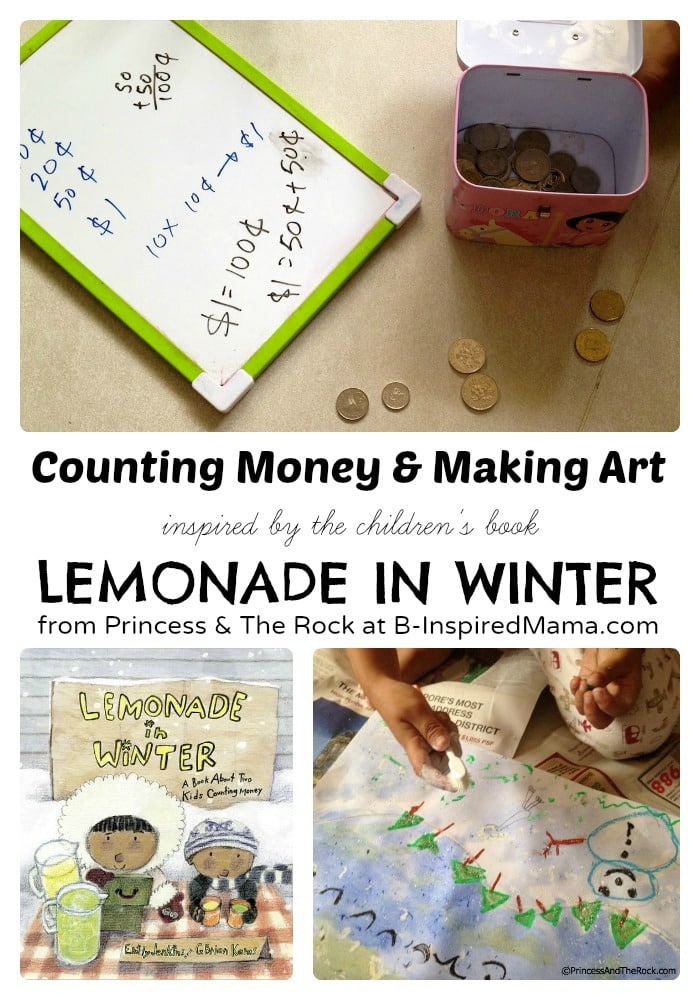 In Singapore, where we live, we do not use quarters but we have 20 cents and five cents that make up a quarter. Princess and the Rock have also not been familiarized with counting money, in fact all they knew about money was coins are needed for kiddy rides and paying for things, as I have not taught them in detail the value of the different coins and dollars that we use.

Winter is also another foreign concept to my kids as Singapore is sunny almost all year round although there are rainy seasons but snow is not something they get to experience (except for once when we made a family trip to Sierra Nevada, Granada).

So these made for perfect themes for some Preschool activities to explore inspired by the book.  Here’s what we did…

We loved the illustration in Lemonade in Winter, especially the effect of the soft falling snow, so we tried to recreate our own snow scene. Princess and The Rock first drew the subjects with pencils, then outline and colour in with crayon. The falling snow and snow-covered ground was done in crayons as well.

Next a wash of blue acrylic paint was applied over the paper with a sponge. The “snow” would show through due to the reason that crayon is oil-based and acrylic is water-based so the two medium would not mix.

More “snow” was added by using a simple “airbrush” technique of dipping an old toothbrush into white paint and running a thumb over it to “spray” the paint over the painting. This leaves a beautiful effect of tiny snowflakes all over. 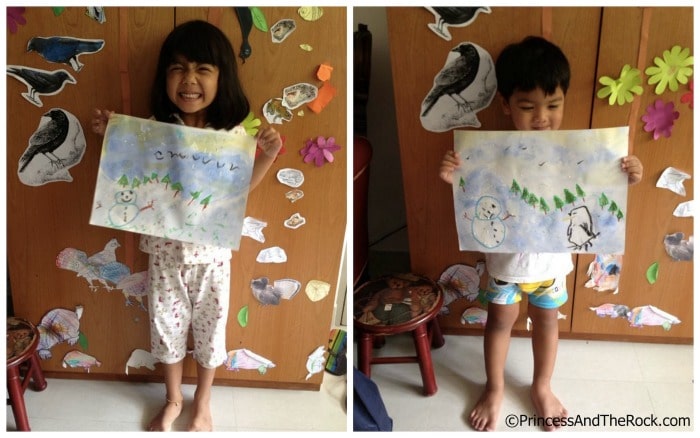 Princess and The Rock were of course very pleased with their masterpieces! 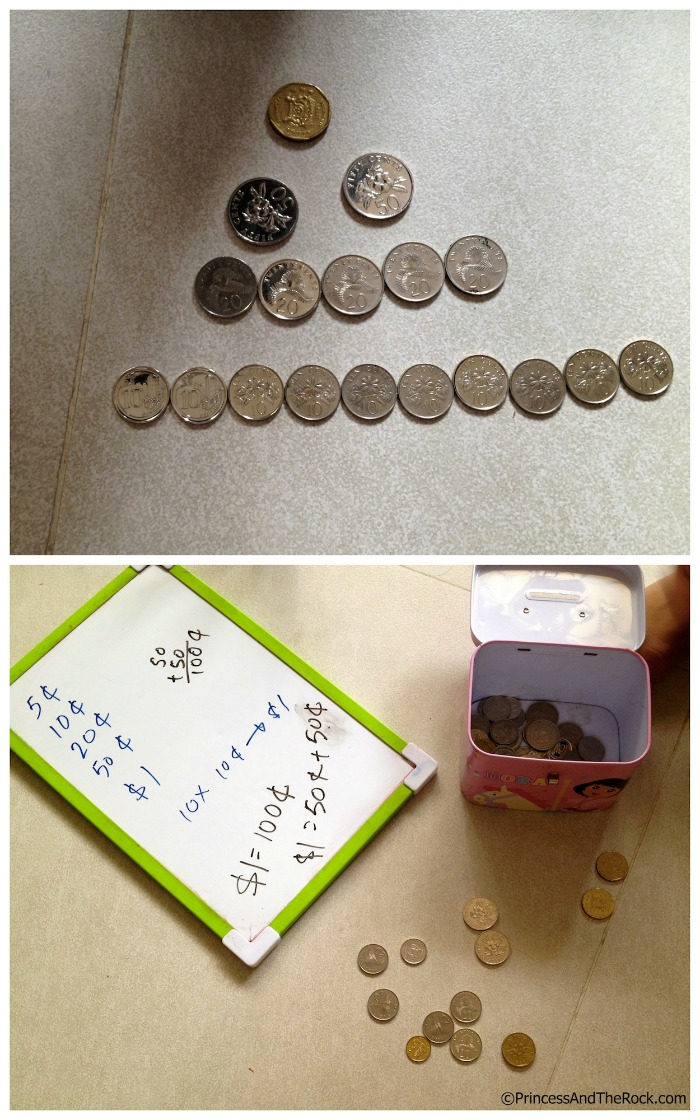 The main theme of the book was counting money so I introduced the different types of coins and dollars used in the Singapore currency and taught her how to count money, e.g two 50₵ coins make up a dollar and if she gave $2 to a shopkeeper and the item only cost $1, she needed to get a change of $1. We also have plans to set up a lemonade stand at the function hall in one of her aunt’s condominium when all her aunts are back from vacation so they can be customers and she would get some “real-life” experience. 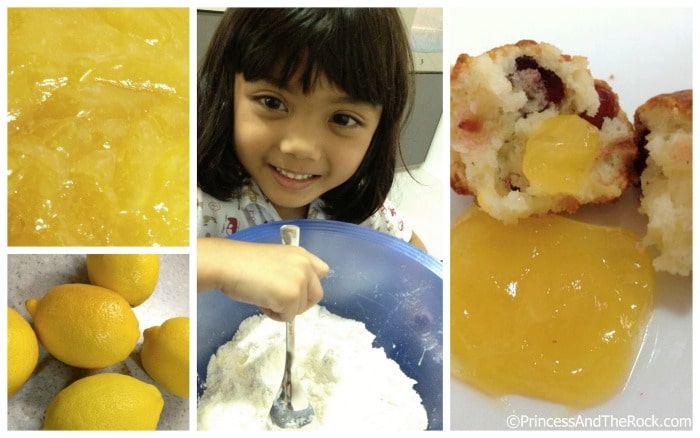 Baking is one of Princess’ favourite activities, in fact, he named our homeschool “Work, Art, Cooking Homeschool”. We thought we would go along the theme of lemon and make Lemon Cranberry Muffins. Recipe can be found here. I tweaked the recipe a little by using about ¾ tablespoon of baking powder instead of a full tablespoon and added slightly more lemon zest than called for, I also used craisins instead of fresh cranberries and I left the muffins in the muffin for too long (as I forgot about it while cooking the lemon curd over the stove). The lemon flavour was pronounced (just the way I like it) and the texture was just right, although I suspect the muffins would be moister if I took them out sooner. I served them with homemade Butterless Lemon Curd for an extra kick.

Felicia, a stay-at-home mother of two, is aspiring to be their greatest teacher. She occasionally dreams to be a fashionista in her too big maternity T-shirt and shorts while she indulges in some jewelry designing and crafting. Her two children, the Princess and the Rock are her main inspirations for her blog. Princess and The Rock aims to detail some of her thoughts and learning on being the parent of Princess and the Rock and her homeschooling journey with them.

We love book based Preschool activities around here.  And I love seeing all of the many activities Felicia and her little ones came up with for just one book.  So much fun!  Thanks, Felicia!