My kids are huge fans of Disney Short Films.  They’re usually about fun or silly themes, have familiar Disney characters, and are the perfect length for their short attention spans.  So when we found Disney’s new short film Blank: A Vinylmation Love Story, on Google Play, they were so excited.  They gathered around the computer and ooohed and aaahed for the entire 30 minutes.  Here’s a sneak peak if what they loved…

The new short film, found exclusively on Google Play, is a stop-motion animated film that tells the story of Blank, an unpainted Vinylmation, on an epic adventure to find his lost soulmate.  While my kids loved the fun animation of the Disney Parks Vinylmation characters, this mama loved the BIG life lessons that the short film tackled.

When you are born blank…

In a painted world…

Love can give you color.

The film was a nice starting point for some cool conversations.  And the cute little Vinylmation characters made the big life lessons of love, friendship, diversity, and identity more accessible and understandable for my kiddos. 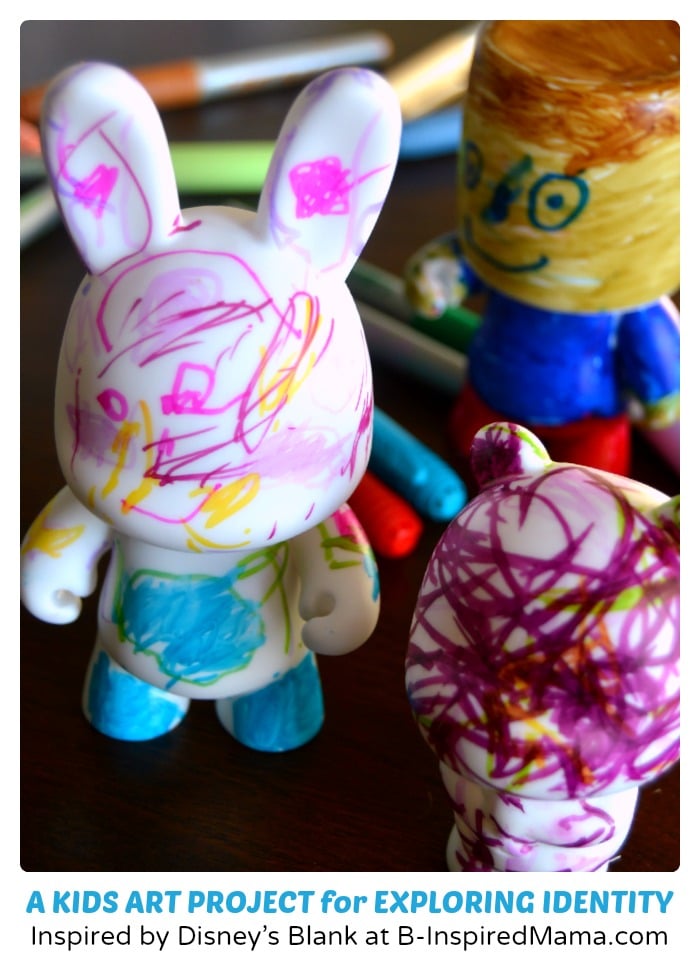 I was able to find some blank Vinylmation figurines (unfortunately not Disney) from our local craft store that worked perfectly for a creative kids art project to extend our learning.  They only cost a couple bucks a piece and were totally worth the expense.  After talking about how Blank and Bow found love in one another and used color to create their own identity and brighten their world, the kids went to work with some permanent markers giving their little blank vinylmation characters some color and identity, too. 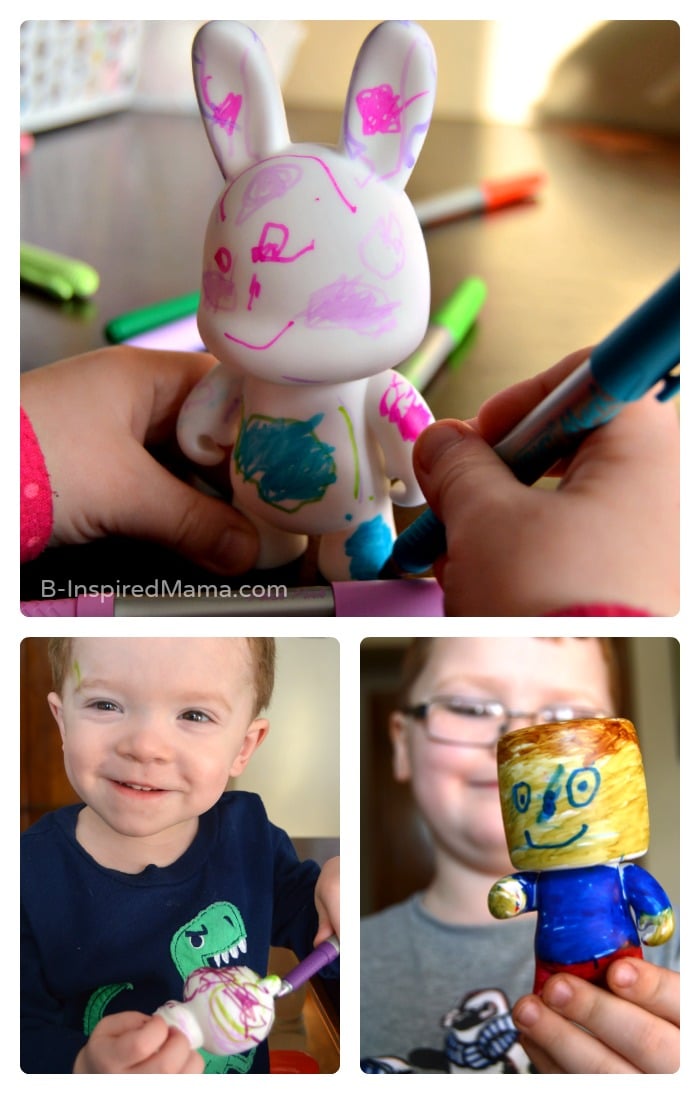 Priscilla and little J.C. took an abstract approach to his character’s identity.  While Sawyer was a bit more realistic.  After their figures were all colored, they ran off to use them in their play.  Acting out some of those big lessons with their new little characters. 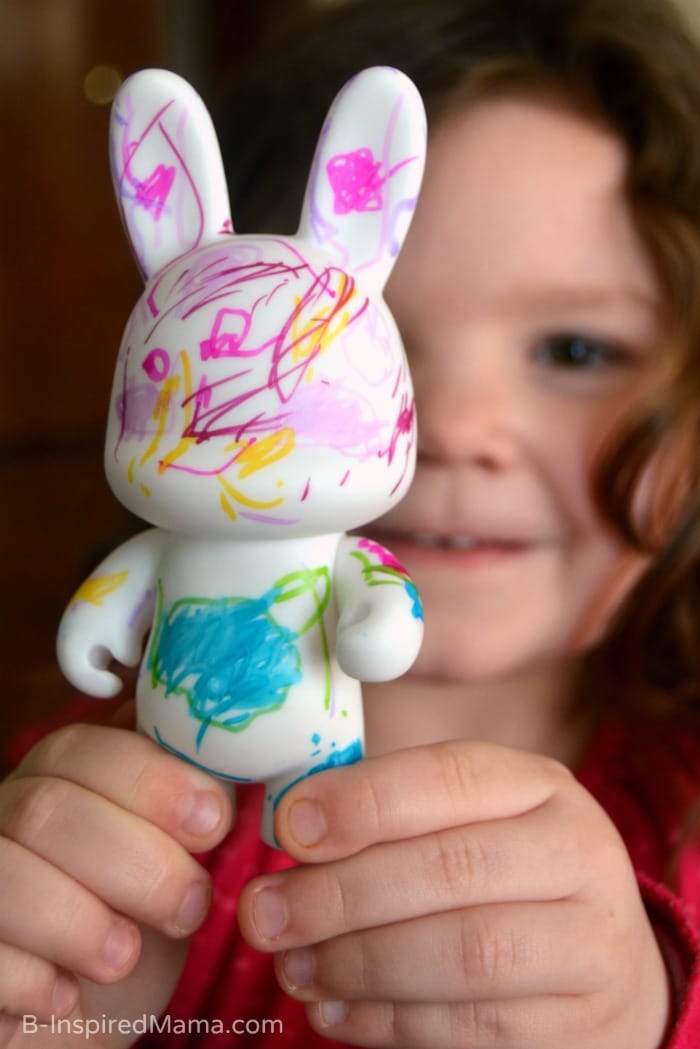 Wanna Watch Blank with Your Kids?

You can download Blank: A Vinylmation Love Story for free exclusively on Google Play.  What’s cool is that Google Play gives you the option of viewing the film online from their computer or on your iPhone or iPad through the Google Play Movies & TV app. (Get the app for Android or iOS.)

And to celebrate the premier of Blank, Google is also inviting fans to share frames from the film with friends and family as digital greeting cards at blankmovie.withgoogle.com. After sharing a frame, you will unlock a second special film, “Cranes in Love,” too.

Do your kids like Disney short films like mine do?  Ever do an art project inspired by one?  I’d love to hear about it in the comments below if you have!

I was selected for this opportunity as a member of Clever Girls Collective and the content and opinions expressed here are all my own.